If you only have a hammer, you tend to see every problem as a nail. 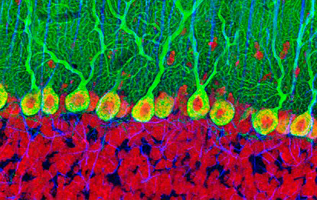 “Psychopharmacology” derives from the Greek word “psyche,” meaning “breadth, life, soul”.  Psychopharmacology is the scientific study of the effects drugs have on mood, sensation, thinking, and behavior. Those drugs include a wide range of substances, some legal and some illegal.

Psychopharmacologists are usually medical doctors who have undergone advanced training. Their perspective is bi-directional: they examine how medications affect the body (pharmacodynamics), and how the body affects the medications (pharmacokinetics).

Drugs interact with specific sites in the brain and throughout the body to cause both desired effects and, too often, undesired side effects. Drugs may be derived from natural sources like plants and animals, or may be synthesized in the laboratory.

The early field of psychopharmacology included plant-based substances, used within hunter-gatherer societies. Among these are psychedelic substances like mescaline and psilocybin, which have mind-altering effects.

Modern psychopharmacology began with the use of drugs to treat psychiatric illnesses. Opiates and barbiturates were commonly used for sedation.

In the 1950’s drugs were developed to treat psychosis, controlling hallucinations and paranoia. Anti-depressants and anti-anxiety drugs were also developed.

Over the last half-century we gradually developed a better understanding of the mechanisms of the psychiatric drugs. Today’s research methods are more rigorous, employing double-blind, placebo-controlled trials to accurately analyze their effects.

Antipsychotic medications are used for psychosis like hallucinations and paranoia. In addition, they are used to help patients with changes in their thinking patterns and help manage strong emotions like rage and other forms of behavioral dysregulation.

The opiate drugs—examples are heroin, morphine, and oxycodone—help reduce pain, bring about relaxation, and lead to sleep. However, at high doses these “narcotic analgesics” can cause coma and death.

Psychopharmacological research typically begins with animal studies and concludes with extensive trials in humans. Although drugs are approved by the FDA for specific conditions, they are often used “off label”for other medical and psychiatric conditions.

Psychopharmacologists rely on an extensive knowledge of basic neuroscience, pharmacology, clinical medicine, and psychiatry. However, no less important than this scientific foundation is a critical skill developed through years of practice—building therapeutic alliances with our patients.

Dr. Theodore, a highly trained psychopharmacologist, prescribes the minimum medications needed to achieve the treatment objective. Her treatment plans are evidence-based and reflect the latest research.

Dr. Theodore has absolutely no contact with pharmaceutical companies and their representatives.